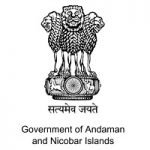 In 1874, the British had placed the Andaman and Nicobar Islands in one administrative territory headed by a Chief Commissioner as its judicial administrator. On 1 August 1974, the Nicobar islands were hived off into another revenue district with district headquarters at Car Nicobar under a Deputy Commissioner. Andaman & Nicobar Administration has released notification […]