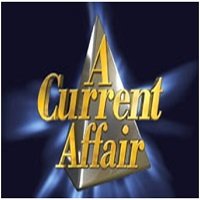 1-DRDO has established a COVID-19 testing facility at the Leh based laboratory Defence Institute of High Altitude Research (DIHAR) to enhance the rate of testing to identify the Corona cases in the Union Territory of Ladakh.

5-India’s High Commissioner to Bangladesh Riva Ganguly Das has been appointed as the Secretary (East) in the Ministry of External Affairs.

7-Senior IPS officers B Satheesh Balan and Ashwin Shenvi have been appointed as Deputy Inspector General and Superintendent of Police respectively in the CBI.

8-China successfully launched its first Mars probe from the Wenchang Spacecraft Launch Site in the southern island province of Hainan.
9-Former fast bowler Michael Kasprowicz has resigned from his post as a Non-executive director of Cricket Australia (CA).

10-The Director-General of Railway Protection Force, Arun Kumar, has been nominated as the vice-chairman of the Security Platform of the Paris-based International Union of Railways.

11-As a tribute to soldiers who fought valiantly and made supreme sacrifice in the Kargil war, the President of India, Ram Nath Kovind presented a cheque of Rs 20 lakh to the Army Hospital (Research and Referral), Delhi, to buy equipment that will help doctors and paramedics to combat the Covid-19 pandemic effectively.

15-Maurice Petty, part of a racing dynasty and the first engine builer to be inducted into the NASCAR Hall of Fame, has died. He was 81.