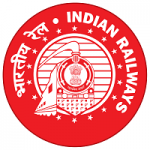 The North Eastern was formed on 14th April 1952 by combining two Railway systems (Oudh and Tirhut Railway and Assam Railway) and Cawnpore-Achnera section of the BB&CIR. It was bifurcated into two Railway Zones on 15th Jan. 1958 – North Eastern Railway and North East Frontier Railway. The present N. E. Railway (NER), after re-organisation […]